Take a look at the events Norwin Historical Society is currently hosting.

Take a look at the events Norwin Historical Society is currently hosting.

Read our quarterly newsletters from the Norwin Historical Society.

Read our quarterly newsletters from the Norwin Historical Society.

Welcome to the Norwin Historical Society’s website!  We’re proud of our heritage and the progress the surrounding communities have made over the past 165 years.

In 1852, the Pennsylvania Railroad Company completed the Brush Creek Valley line as a direct route to Pittsburgh.  In response, John Irwin laid out a plan of lots for Irwin Station, stretching from Water Street to Fourth Street, East to Tinker Run and West to Walnut Street.  Soon, agriculture, coal and gas mines began to prosper and Irwin Station became a central location for attracting hundreds of families to the area.

North Irwin grew out of land once owned by the John Irwin family.  When the Pennsylvania Railroad came through Irwin in 1852, the opportunity arose for the growth of Irwin and the subsequent expansion of settlement known as North Irwin.  By 1894, with business, industry and settlement In North Irwin, the residents of North Irwin petitioned Westmoreland County to seek incorporation as a borough.  On December 29, 1894, the petition was granted.

Located in Westmoreland County, between Pittsburgh and Greensburg, it encompasses both Irwin and North Irwin, as well as numerous smaller communities in the area.

Essential to the growth of North Huntingdon Township were the following: 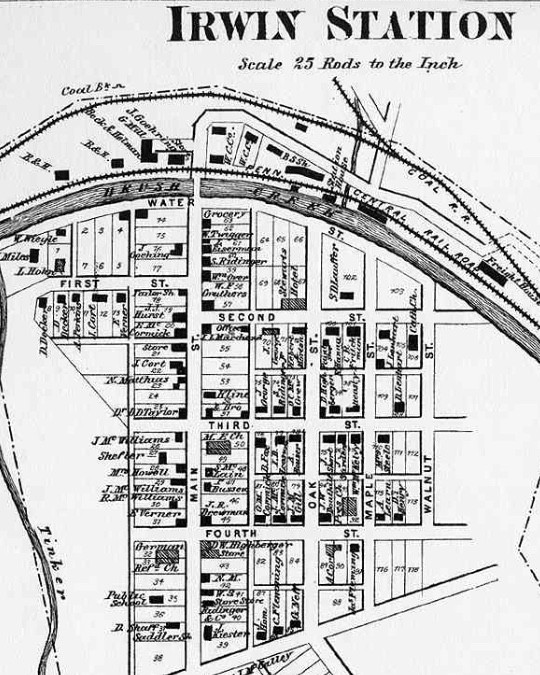